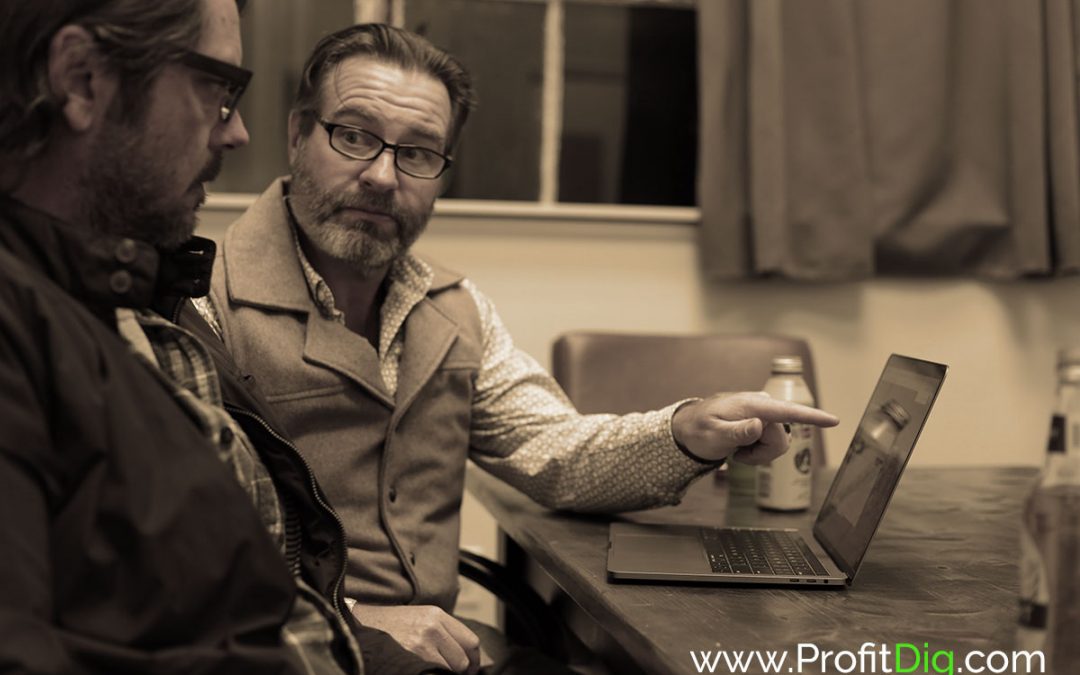 Excerpted from the book “Digging for Profit: Secrets to Success in the Construction Industry” by Jeff Spencer and Jerry Work.

So you have just bid on a job, or part of a job as a subcontractor, and you’ve received a contract back from the general contractor, or whomever you’re going to be working for. It is very important to review the contract that has been sent back to you, especially if it’s a company that you’ve never worked for. No matter how busy you are or overwhelmed at the time, it’s to your advantage to take the time to read through that contract, and make sure that it’s everything that you bid on.

I’ll give you an example of the kind of thing that might be different from what you get back as opposed to what you bid.

Let’s say you have submitted a bid to put in a waterline that sits in the middle of the street. Most all contractors and subcontractors are going to qualify their bids with a list of exclusions and qualifications.  On this particular job, you have included the labor, materials, equipment, traffic control, signage, whatever you need to put this project in, but you have excluded pavement. You are not a paving contractor. You do not want to deal with the paving issues or have to deal with a sub-paver under you, so you exclude pavement in your bid.

Then you receive a contract back, and as you’re reading through it you notice that in this contract they have you listed as including all pavement patch for your scope of work. Well, you did not include that in your bid, so you don’t have money to cover it.

In the process of reading through the contract, you’re going to strike through that, or highlight it and initial it, and any other discrepancies you may see, and then send it right back to the G.C., or whoever you’re contracted with on this project, and say, “This is not part of my scope of work.” At that point, they will correct it and resend it back to you…or you’re at a standoff.

At that point, you need to be able to talk to the contractor that you’re potentially under contract with and work it out. If you can’t, you may want to take the contract to your lawyer, let him review it, and get suggestions from him.

Do not think that it is unusual or unprofessional to strike through items in the contract, initial it, and send it back. In almost every contract I have worked on, I have had some issue that does not pertain to the bid I submitted, or something that stands out to me as fishy. 98% of the time, the other party will realize that there was a mistake and agree to it.

Most of their contracts are boilerplate. They’re just standard issue contracts that they issue over and over, with every sub, or every other contractor that they are dealing with. So if they see that there is an issue there, they will go ahead and correct it and send it back to you. Then if you both agree on it, you both sign contracts and everything is good to go.

If you go through that process, and the general contractor, or the employer on this project, does not agree to your changes, then you’re going to have to come an agreement one of three ways – he’s either going to have to issue me a change order to incorporate this into my bid, or he’s going to have to make his changes to take this out of my bid, or we’re going to just annul the contract and pretend like it never happened. Then the other party will go on to his next bidder.

Until you sign it, you always have the option to decline the contract. You can kick it back and say, “I’m not interested. You’ll want to find someone else.” You can go to your lawyer, and see how are they going to help you – “Can you write this contractor a letter, explaining to him why we’re not going to do this portion of work?” Show him a copy of your bid.

The main point is to carefully review the contract you get back from the lead on the project, and make sure that it matches up to what you actually bid to do. It’s pretty common for smaller contractors to kind-of rush through things and not really take the time. There are some situations where it is more difficult, like if it’s a job that is larger than what you normally do, and has more items than what you typically bid on. Whatever the circumstances, you really need to be aware, and take the time to read through and understand the contract.

A lot of general contractors will have an excessive contract and sort-of hide stuff here and there. It may be an 80, 100, even 200-page contract. I think they do this on purpose. If you miss something, later on they can hold your feet to the fire, and say, “You are going to do this. It’s in the contract.” Read every page of the contract and make sure there are no discrepancies between what you bid to do and what the contract says you will do.

For more, check out our book, Digging for Profit: Secrets to Success in the Construction Industry at Amazon.com.