Making Maximum Use of Your Crews 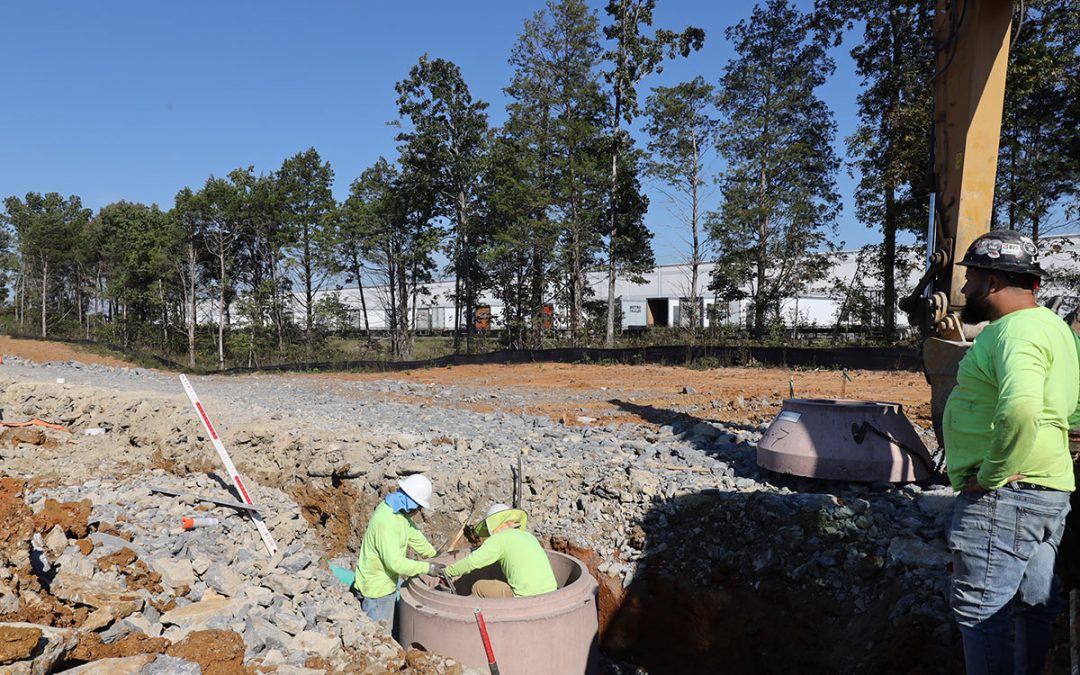 Part of running a profitable construction business is making maximum use of your resources. Sometimes jobs or parts of a job get held up for one reason or another. When this happens, you need to reallocate those resources. There are phases of a project that allow you to make use of labor and resources from other projects, in additional smaller jobs that can fill in the cracks.

A lot of times you may be laying on a water line, fire line, or sanitary sewer that makes a loop around the whole building, especially like a big warehouse or something, that requires work in different areas. You put one crew to work on one side, and you put one on the other side of the building. Let them work until they meet in the middle.
You can also work in layers. For example, there may be an instance where you’re working on sanitary sewer, which is usually the deepest on the project. After your sanitary sewer goes in, you can have another crew start laying either storm or water because those are the next shallowest utilities.

You can also juggle men around to different crews. Maybe this crew over here needs one or two guys. That crew over there also needs one or two guys, so you kind-of split them up. Or maybe you have some smaller projects they can work on. You can break them up into two or three different crews and start tackling some of those smaller projects and get them knocked out – stuff that you’ve had waiting to fill gaps.

It can be a good idea to save smaller projects for when we’re in between jobs. Or if you are dealing with rain or other weather issues, use that time for smaller miscellaneous jobs, working in the street somewhere or things of that nature.

There are a lot of ways to move your men around and make it work. The main thing is knowing your crews. Try to move your own people up in the ranks, so that you always have good operators and workers looking to be foremen. If you do have to split your crew up, you’ve usually got one or two good operators who are good leaders who can read blueprints, shoot grade, and similar tasks. Give him two or three guys and let him go somewhere and do some work. That gives him a little more experience at running a crew, to help prepare him for taking on more responsibility, and it also keeps your guys busy.

In this day and time, in this market, if you’ve got guys, and they feel like that you’re not going to keep them busy, you may lose them. There are headhunters looking for good construction employees right now. You need to make sure you’re paying your workers good and that they feel like there’s job security there. You don’t want them looking for somewhere else to go.

Another critical aspect of running a successful construction company is managing your job bids and costing. We suggest you try ProfitDig, an easy-to-use monthly subscription job bidding and costing solution that works on any Internet-enabled device.